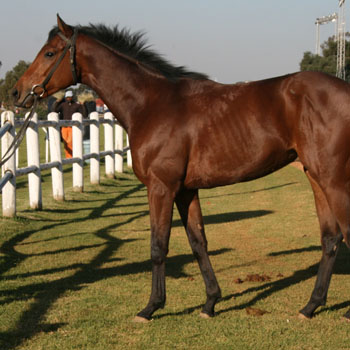 Colic Ops – Not the End of the World!

A Thoroughbred gelding presented for further investigation of colic. Suspect large colon displacement was diagnosed as a small amount of gas distension could be palpated within the large colon. All clinical parameters were normal on presentation. Food was gradually reintroduced when rectal examination was normal, however he continued to display intermittent signs of colic whenever he was challenged with food. Medical therapy including intravenous fluids and oral fluids were instituted to which he responded to, but again until food was introduced.

Abdominal ultrasonography was performed as an additional diagnostic procedure to try and determine the reason for the colic symptoms, however no abnormalities could be detected. Apart from droppings passed shortly after his arrival at the clinic, no further droppings were observed over the next few days.

Despite the intermittent colic episodes observed- his clinical parameters remained normal. These intermittent colic episodes continued whenever food was reintroduced. One week after the initial presentation, the gelding displayed moderate signs of discomfort and was unresponsive to analgesia. Due to the duration of the colic, surgery was advised and performed during which two enteroliths were removed from his large colon (see attached pictures). 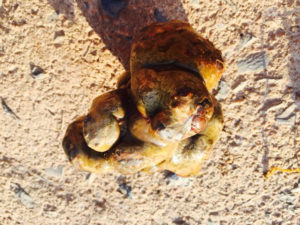 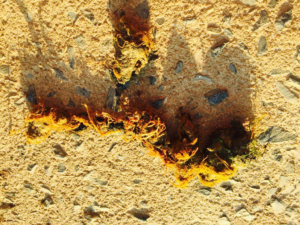 Enterolith found in the transverse colon.

Enterolith found in the base of the caecum.

Enteroliths are stone-like formations in the colon of the horse that usually causes a problem if they move into areas of the intestine with a smaller diameter such as the transverse and small colon. They are made up of minerals, such as magnesium ammonium phosphate salts and form around a particle such as plastic, hair or metal.

Horses can form one stone or multiple stones within the large colon. These stones can stay within the large colon and be undetected or they can cause low grade or intermittent colic episodes even when they have not moved to a narrower area of the intestine. Horse may also display signs such as weight loss and diarrhoea.

The best way of diagnosing a suspected enterolith apart from exploratory laparotomy, is through abdominal radiography. This however requires a powerful generator capable of taking radiographs of the equine abdomen.

The gelding recovered very well with no long-term damage. He is back in the yard and has resumed his training. 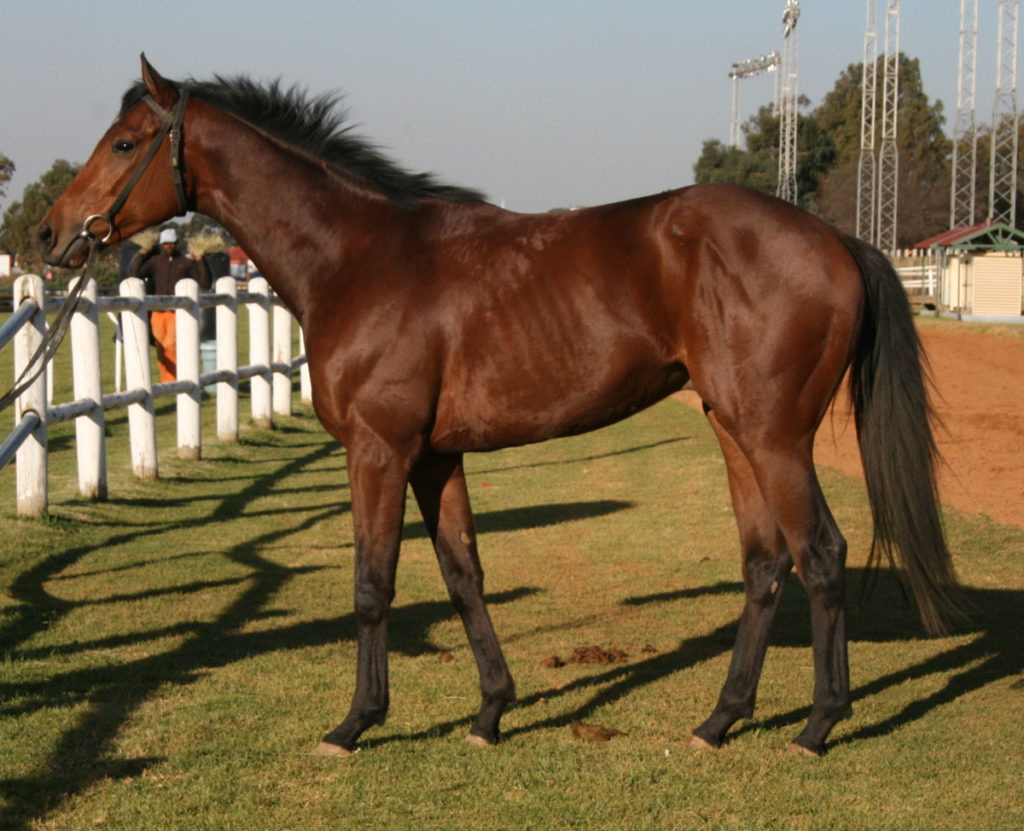