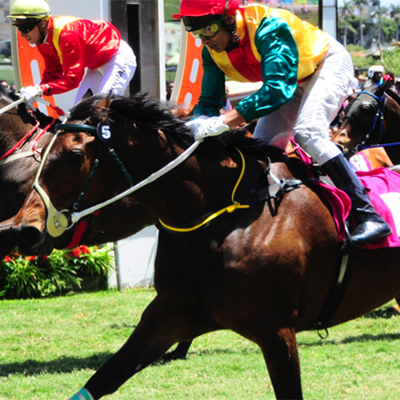 We all love to be associated with our horses for different reasons but one we can all agree on would be our admiration for their athletic ability. 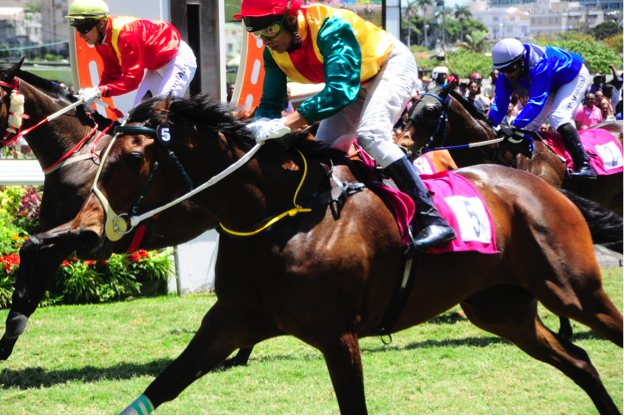 There is little doubt that the horse has evolved to become one of the finest athletes in the world.  This evolution to a superior athlete is multi-faceted and this short article describes some of these changes. This subject is complex therefore we are only able to scratch the surface in this article. 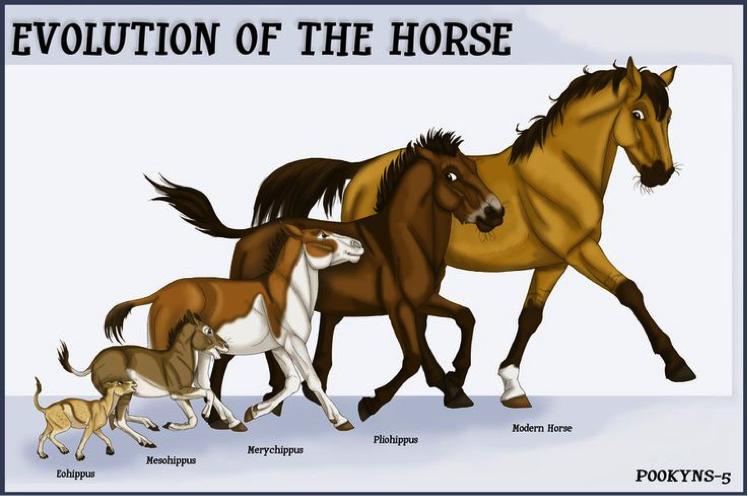 The horse evolved from a small, dog-sized forest dwelling mammal to its present shape over a period of about 50 million years. Equids belong to larger family group called Perissodactyla, which means “odd-toed ungulates”. The members of this group have hooved feet, an odd number of toes on each foot as well as mobile upper lips and a similar tooth structure. Ironically, this means that the horse’s cousins include Tapir’s and Rhino’s. The early horse, Eohippus, was multi-toed with splayed feet and adapted to walking on moist forest floors. As grass plains developed, horses evolved from eating foliage to grasses which led to larger and more durable teeth. At the same time, the horse’s predecessors needed to be capable of greater speeds in order to outrun predators. This was attained through the lengthening of the limbs and the lifting of some toes from the ground in such a way that the weight of the body was gradually placed on one of the longest toes, the third. Herein lies the athletic horse’s greatest achievement. 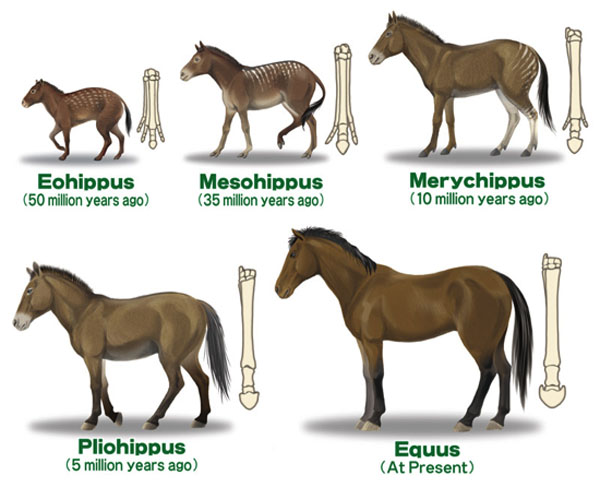 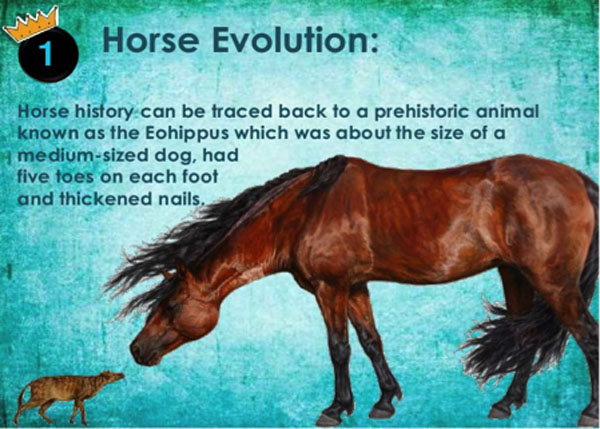 The third toe of the foot became the hoof with the second and the fourth toe developing into the splint bones. The first and the fifth toe no longer exist. At the same time, the bones became longer and the horse developed large muscle groups at the top of the limbs to enhance movement of the legs. The combination of longer bones and powerful muscle groups has the effect of creating a long lever action which creates a longer stride. The musculature of the lower limbs has become smaller or non-existent or has developed into tendinous structures. These adaptations create a large degree of automaticity which leads to an ease of movement.

Occasionally, foals are born with the second or the fourth toe fully developed and not vestigial as in the normal horse as seen in the figures below. In this instance, a relatively simple surgical procedure would be done to remove the additional appendage. 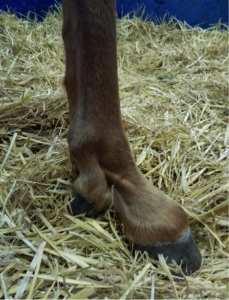 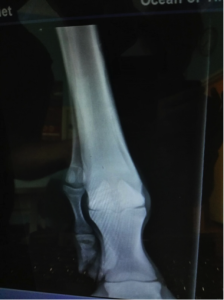 To dissipate the large forces generated from running or jumping, the hoof suspends itself in series of interlocking leaves or laminae which has a surface area of approximately 1 square meter per hoof. This allows a 500 kg horse to distribute the forces created when moving at speeds of more than 60 km/hr. The force that is generated during motion is related to mass (weight) and acceleration. This force is incrementally dissipated up the leg with most of the force being absorbed within the hooves. The front legs are responsible for bearing more weight. 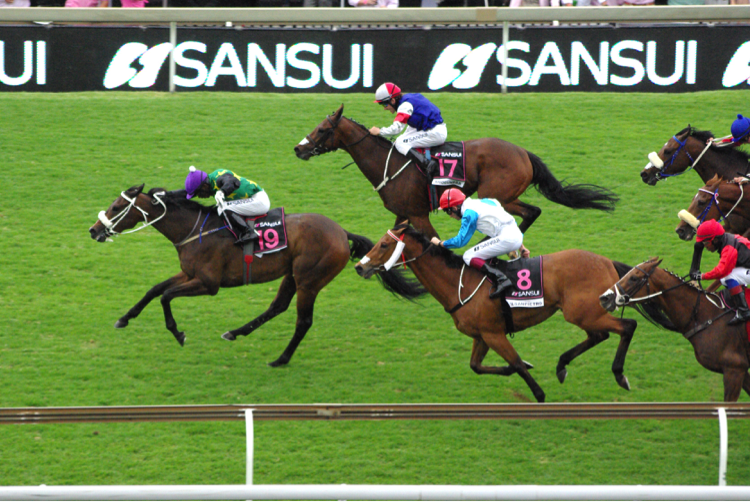 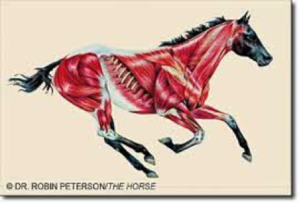 The drawback of the large muscle group is that the horse has to supply energy to these muscles during exercise.

For this to occur, multiple body systems are involved, with adaptations to the heart and lungs being the most important. 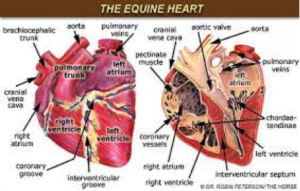 The Heart and Circulation of Blood

Horses have large hearts to move large amounts of oxygen-carrying blood which supplies energy to the muscles. The equine heart gets larger and more powerful with training and larger hearts correlate with an increased exercise capacity. The average heart weigh’s 3.6kg although they can weigh double that, especially in Thoroughbred’s. The well known race horse, Secretariat’s heart is said to have weighed approximately 10kg.

Haemoglobin (found in red blood cells) transports oxygen from the lungs to the muscles and other organs. The blood is not the only source of red blood cells and haemoglobin in the horse. Unique to the athletic horse, there is a large store of red blood cells in the spleen which can be mobilised by contracting the spleen during exercise – this doubles the red blood cell level. The horse’s blood volume also increases with exercise. This not only helps with maintenance of circulation, but also assists in cooling the horse during strenuous exercise.

The horse stores large amounts of energy in the muscles.
The muscle cells have a high capacity to use oxygen to provide energy, giving them a high aerobic capacity. As a horse gets fitter, mitochondria (the oxygen-using powerhouse) in each cell increase, therefore it uses more oxygen and creates more energy for muscles to work. 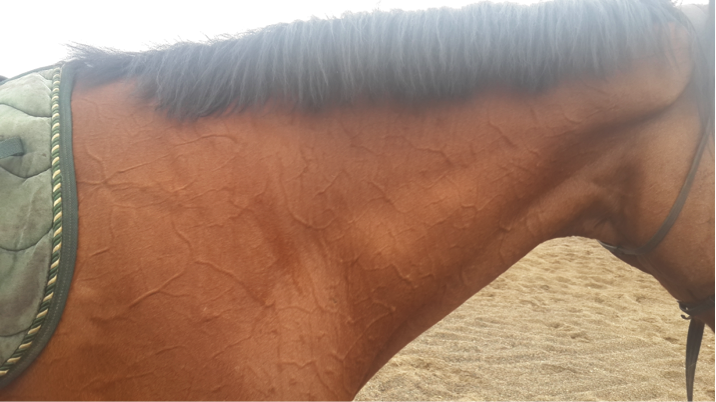 Circulation in the horse’s neck

Energy and the conversion thereof

Aerobic metabolism is essentially the process of using oxygen to get energy from glucose (carbohydrate) to the mitochondria in the muscle cells. In a 1000m race, 70% of a racehorse’s energy supply will be aerobic. The same can be said for the show jumping horse (70%) and a horse completing the cross-country portion of a three-day event (90%) 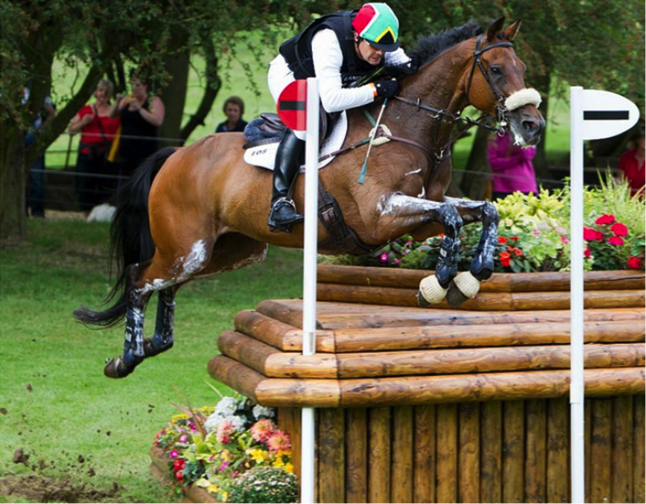 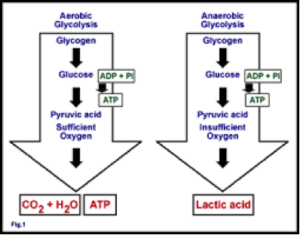 The remainder of the energy comes from anaerobic metabolism, which also breaks down glucose to generate energy. The anaerobic process can work whether oxygen is present or not. The main difference being that the anaerobic system is very fast, but inefficient and it can be used for only a short period of time due to the build-up of lactic acid. Aerobic metabolism is not so fast, but is very efficient at generating energy. 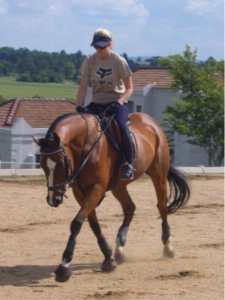 The harder the horse works, the more oxygen it requires and the more air is needed to move in and out of the lungs. In fact, these processes are so tightly coupled that if a horse doubles its speed, it will need to double the amount of air moving in and out of the lungs. To facilitate the delivery of oxygen, the horse has linked his respiration to movement. Inspiration occurs during the swinging phase of the gait and expiration during the weight bearing phase. This means that there is direct correlation (1:1) between the stride and respiration. A horse can only breathe as fast as its stride speed. 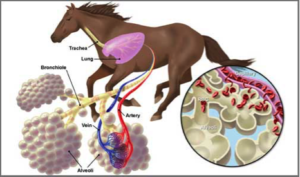 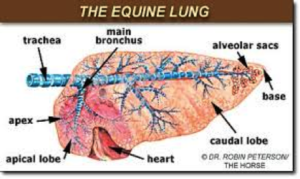